Cranfield Aerospace nets new backers in Series A funding round

Cranfield Aerospace Solutions (CAeS) has secured a further £3.9 million ($4.7 million) investment from a pair of new backers, taking funding pledged in the current round to £14.4 million. 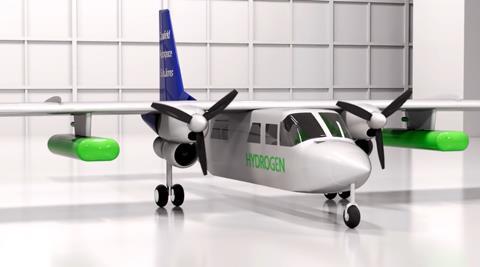 Earlier this year, CAeS received £10.4 million from Safran Corporate Ventures and HydrogenOne Capital Growth as part of its Series A funding round.

Speaking to FlightGlobal in July, CAeS chief executive Paul Hutton hinted that additional backers were set to come on board by mid-August.

A Series B funding round is scheduled to kick-off in September, taking six to nine months to complete.

CAeS is developing a hydrogen fuel cell powertrain conversion for the Britten-Norman BN2 Islander under the Project Fresson initiative; service entry is envisaged in 2025.