South Korean start-up MintAir has ordered up to 10 electric conversions from Dovetail Aviation as the Seoul-based company looks to complement a planned advanced air mobility service with zero-emission commuter aircraft. 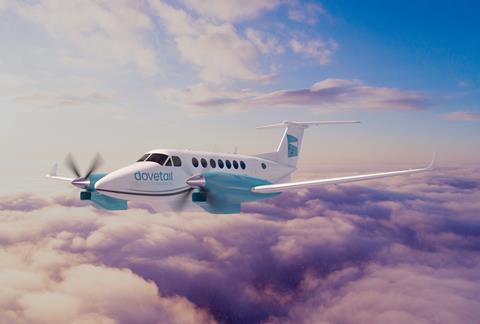 Dovetail, which is also planning the hydrogen-electric conversion of Beechcraft King Airs, confirms that MintAir will take both types, although the exact split has yet to be determined.

“Our mission is to develop the safest advanced air mobility service for both urban and regional routes and Dovetail’s practical approach to zero-emission aviation is well-aligned with that,” says MintAir founder and chief executive Eugene Choi.

“Dovetail’s converted electric aircraft is appealing as a cost-effective workhorse for the regional air transport market.”

Separately, Dovetail has selected US-based Mobius Energy to supply the battery packs for its conversion projects.

MintAir and Mobius share a number of links, not least that chief executive Choi and chief strategy officer Jongwon Park hold the same positions at the battery firm.

The pair are also working together in a consortium to bring the Skyworks Aeronautics’ eHAWK electric-powered gyrodyne to the South Korean market and are jointly developing a mobile charging station for vertiport applications.

It has now amassed a total of 65 commitments from customers including lessor Monte and Australian regional carrier Rex.