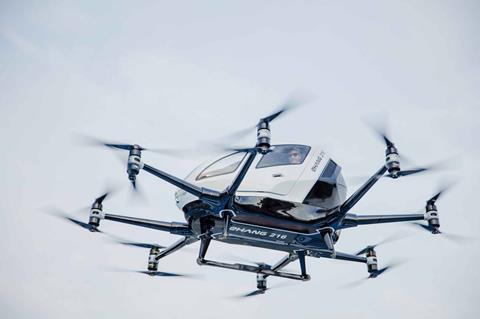 The partnership will also see both companies develop the urban air mobility sector in Malaysia, in areas such as MRO and training. It also marks EHang’s foray into the Malaysian market.

AeroTree, whose areas of business includes defence services and flight training, previously ordered one passenger-grade EH216 from the Chinese company.

EHang founder and chairman Huazhi Hu adds: “Our comprehensive AAV products and solutions are well suited to a variety of intracity and intercity UAM use cases in Malaysia, such as passenger transportation, aerial sightseeing, aerial firefighting and aerial logistics. The rising demand and pre-orders for a large number of our passenger-grade AAVs from Japan and Malaysia will unleash great market potential for EHang in Asia.”

The aircraft – the first of which could enter service as early as 2025 – will operate under AirAsia’s ride-hailing platform.