The first Airbus A320 under EFW’s passenger-to-freighter conversion programme has completed its first flight from Singapore, paving the way for eventual service entry in 2022. 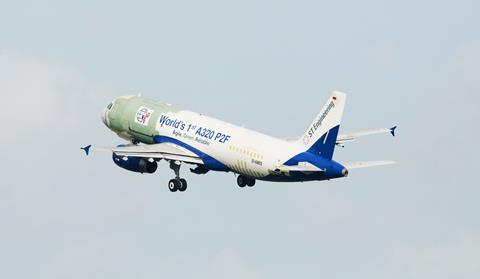 The first Airbus A320P2F converted freighter takes off on its maiden test flight.

Work to convert the aircraft into a freighter configuration began in March this year, the company adds.

According to Cirium fleets data, the A320 last operated with Indian low-cost carrier IndiGo for two years, between 2018 and October 2020. It was first delivered to LATAM Airlines Brazil in 2006 and operated with the airline for 11 years.

EFW states that the aircraft will continue with flight testing before being issued a Supplemental Type Certificate from the European Union Aviation Safety Agency (EASA).

It will subsequently enter service as a freighter with UAE-based Vaayu Group, which in November announced plans to lease five A320P2Fs from ST Engineering’s leasing unit ST Engineering Aerospace Resources.

EFW expects the aircraft to enter service in 2022. 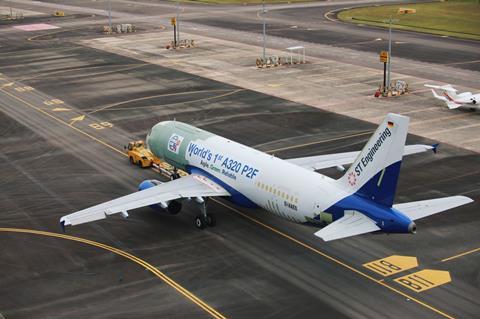 The first Airbus A320P2F converted freighter takes off on its maiden test flight.