The Guangzhou-based company inducted the first aircraft - a 737-800 registered as N520AM and painted in AeroMexico’s colours - on 18 May. 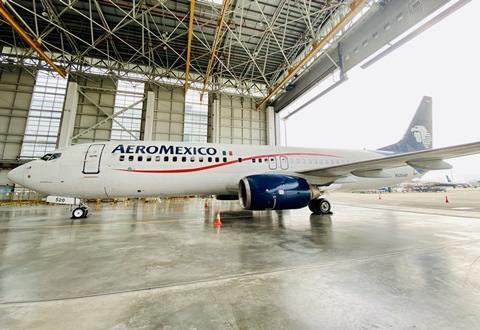 It is unclear who the customer is for the converted freighter, but GAMECO notes that there has been a “surge in demand for…freighters”, and says its conversion line “can meet the increasing air cargo transportation demands [at] home and abroad.”

Cirium fleets data shows N520AM was operated by AeroMexico since 2011. It was first delivered to UK charter operator XL Airways UK in 2000.

The latest move came more than six months after it announced it was opening a Boeing Converted Freighter (BCF) line at its Guangzhou base, with the hope of inducting its first aircraft this year.