GKN Aerospace has officially opened its new Global Technology Centre (GTC) in Bristol, a £32 million ($44 million) investment designed to prepare the aerostructures provider for work on the next generation of aircraft.

Celebrating the milestone during an 18 October ceremony, chief executive David Paja said the facility is based on “developing industry-changing technology and creating a world-class ecosystem”. 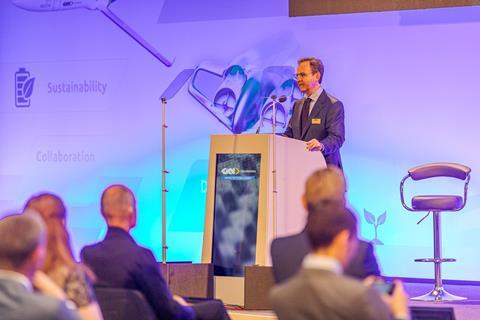 Construction started last year and the first staff moved in at the end of 2020, he says: “With the building taking shape around them, our engineers were already here,” he says.

Around 300 people are employed at the GTC, with early projects already delivered from the facility including GKN’s composite rear spar to the Airbus Wing of Tomorrow programme and the first wing, empennage and wiring system for Eviation’s Alice prototype.

John Pritchard, president of GKN’s civil aerospace business, says the centre, which is developing advanced manufacturing techniques such as out-of-autoclave composites and 3D printing, is “absolutely key” to the firm’s future.

He says the GTC is enabling the company to work in a more agile manner, allowing it to design, manufacture and deliver the structures for the Alice prototype in around 12 months.

“Tell me anywhere else in the traditional aviation industry where you could go from a clean sheet of paper to the delivery of parts that are going to fly in a year.

“Take that to one of our more-traditional manufacturing locations and you are looking at three years minimum if you pushed it.”

Paja says the GTC will also help to foster deeper collaboration between GKN, its customers, suppliers and academia.

That cross-industry partnership will be vital, Paja says, to “help achieve the long-term goals of our industry”, as it looks to reach net-zero carbon emissions by 2050. “No one company has all the answers and no one company can go it alone,” he adds. 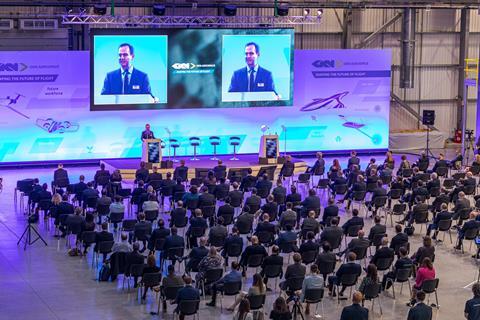 GKN was bought by venture capital firm Melrose Industries in 2018. There had been concerns that the new owners would starve the company of investment as they sought a quick return.

The Bristol site joins two similar facilities in Trollhattan, Sweden and Hoogeveen in the Netherlands, which specialise in engine components and high-voltage wiring, respectively.

GKN has spent £17 million on the GTC, bolstered by £15 million from the UK-government funded Aerospace Technology Institute (ATI).

Paja says decarbonising aviation is a global challenge, but one the UK should “take the lead in addressing”.

“With the right support from government, we can ensure the UK becomes a leader in sustainable aviation,” he says.

Industry has called for the ATI’s budget to be doubled in the forthcoming comprehensive spending review, due to be released on 27 October.