UK aerospace industry representatives have voiced their disappointment at news that the country intends to leave the European Union Aviation Safety Agency (EASA) on the back of Brexit, accusing the government of failing to act “in the national interest”.

Trade body Aerospace, Defence, Security & Space (ADS) had hoped that the UK would remain in EASA in some form, allowing it to benefit from regulatory simplicity and potentially shaping the rule-making process. 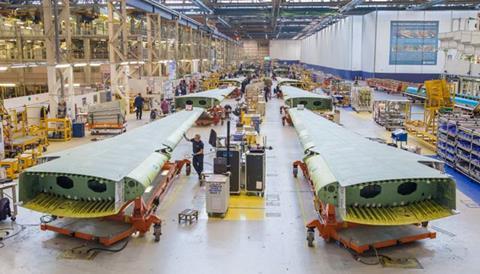 However, this aspiration has been dashed after the Department for Transport (DfT) confirmed comments from the UK Secretary of State for Transport Grant Shapps that the country was to leave EASA.

Continued membership of EASA “is not compatible with the UK having genuine economic and political independence”, says the DfT.

“We will maintain world-leading safety standards for industry, with the Civil Aviation Authority [CAA] taking over these responsibilities, and will continue to work with colleagues in the EU to establish a new regulatory relationship.”

Paul Everett, chief executive of ADS, says that it has repeatedly told the government that it is in the “UK national interest to remain part of EASA”. It had been working to the understanding that the government was considering regulatory alignment, he adds.

ADS has had no direct communication with Shapps on the change of course and is still attempting to set up a meeting with him, says Everett.

Industry is now in the position of dealing with an uncertain relationship between UK and European regulators at the same time as facing the “imposition of quite significant new customs arrangements” at year-end.

“That’s not a happy place for us all to be sitting in, I would say,” says Everett.

Although he stresses that ADS has huge levels of “time and respect” for the CAA, he notes that the agency will have to re-establish “over eight or nine months, something that took EASA 10-15 years to build the capability for”.

In addition, ADS estimates that the CAA will require an extra £40 million ($50 million) per year to take on the new certification responsibilities, as well as giving it the capacity to look at emerging technologies.

The DfT did not respond to questions about increases to the CAA’s budget, however.

“It is disappointing that we find ourselves in this place without having had the opportunity to debate and discuss the full range of issues that we face and the benefits of being part of EASA and the options for remaining part of it,” says Everett.

He calls on the government to urgently lay out its strategy to obtain a bilateral aviation safety agreement (BASA) with the EU.

“We can only be successful as a nation if industry and government are working together. At the moment it doesn’t really feel like that.

“If there’s a strategy, no-one’s been sharing it with us,” he says.

FlightGlobal asked the DfT for the details of any impact assessment it had carried out into the effects of leaving EASA, and when it hoped to conclude the BASA. However, the department did not respond to these questions.