AgustaWestland will reopen its orderbook for the in-development AW609 civil tiltrotor this year, as it looks to add to the near 60 commitments it already holds for the aircraft.

The Anglo-Italian airframer suspended orders when it acquired Bell Helicopter's 50% share of the programme in 2011, to allow a "thorough review" of the tiltrotor to see where the company "could add value and enhance the product".

However, it now feels the development of the aircraft has matured sufficiently – with a performance baseline established – to allow a resumption of sales activity. "To that end, we anticipate opening up the orderbook for further purchase agreements in 2014, in addition to the almost 60 agreements held today by AgustaWestland," it says. 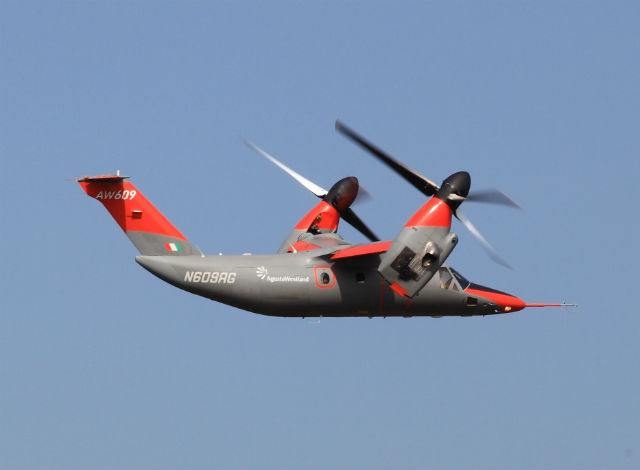 The airframer is currently performing high-altitude testing and will shortly complete auto-rotation trials on the AW609, using its two flying prototypes. A series of aerodynamic enhancements to the vertical fin, exhausts and prop-rotor nacelles unveiled last year have "all proven positive", it says, validating its claims of a 10% cut in drag with added weight-saving benefits.

Further unspecified enhancements to the type's Pratt & Whitney Canada PT6C powerplants will be implemented this year, it says.

A third flight-test article is being assembled at AgustaWestland's Vergiate, Italy facility, ahead of a likely maiden sortie in the second half of 2014. The final test aircraft will take to the skies in 2015, following ground rig tests of its new avionics suite.

Certification and entry into service for the 8.1t tiltrotor is anticipated in 2017.