Australia’s competition watchdog has cleared the proposed takeover of Sydney Airport, stating that the deal — valued at around A$23.6 billion ($16.9 billion) — was “unlikely” to reduce competition “in a market that already has such little competition”.

In a statement released on 9 December, Australian Competition and Consumer Commission (ACCC) says it “will not oppose” the takeover bid of the airport operator from a consortium of infrastructure investors. 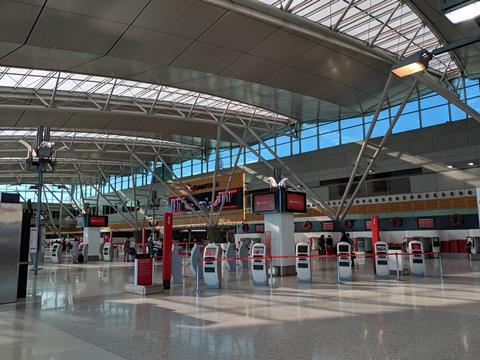 ACCC chair Rod Sims says that there was “very little, if any, competition” between Australian airports, and that the deal — one of Australia’s largest infrastructure acquisition deals — was unlikely to impact consumers.

He adds: “This is no surprise, as we’ve been saying for a long time that Australian airports such as Sydney Airport are natural monopolies, with significant market power and no price regulation.”

However, the commission notes there could be “minimal potential” for competition in terms of aeronautical services, especially when foreign carriers are looking to enter the Australian market, or when airports are located close to each other.

“However, taking into account the minimal level of this potential competition, any lessening of competition from the proposed acquisition would not be substantial,” it states.

In arriving at its decision, the ACCC says it consulted various parties such as airlines, retailer groups, as well as service providers.

“Some stakeholders raised concerns that the proposed acquisition may add to the flow of information between airports with common ownership, which could give airports more bargaining power against airlines and other users of airports,” says the commission.

Still, they note that the lack of competition means “any such sharing of information between airports would not amount to a substantial lessening of competition”.

Separately, the acquisition deal also gained approval from the European Commission, under the EU merger regulations.

Sydney Airport on 8 November agreed to the takeover offer from the Sydney Airport Alliance, which comprises fund managers IFM Investors and Global Infrastructure Partners, as well as Australian superannuation funds QSuper and AustralianSuper.

The arrangement is designated a Scheme Implementation Deed, and shareholders will be able to vote on it in February 2022.

The acquisition comes as Australia’s aviation industry slowly gets back on its feet after a battering from the coronavirus pandemic. Australia domestic borders have reopened, and the country is gradually easing restrictions for overseas travel.