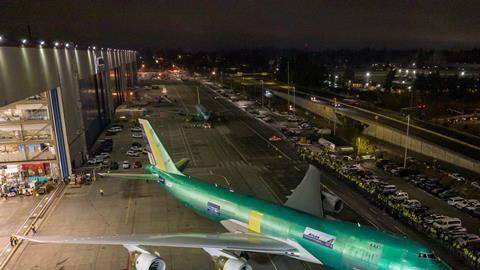 The final Boeing 747 has left the airframer’s Everett facility, marking the end of an era for an aircraft programme that Boeing says has “truly changed the world”.

The aircraft, a -8 Freighter (MSN67150), will be delivered to cargo operator Atlas Air in early 2023. The operator has seven 747-8Fs in operation, according to Cirium fleets data. 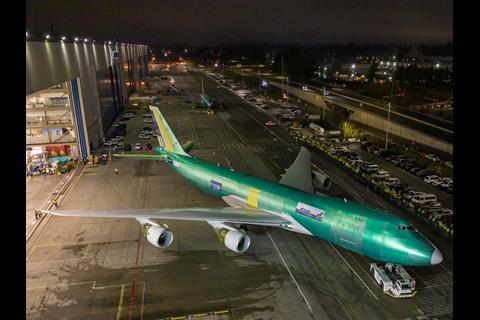 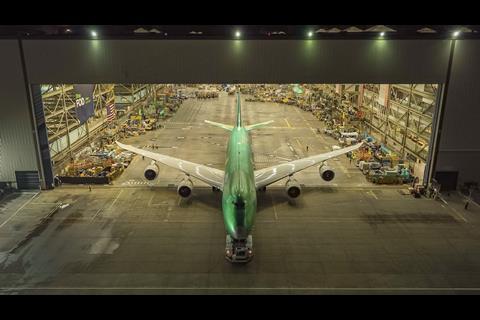 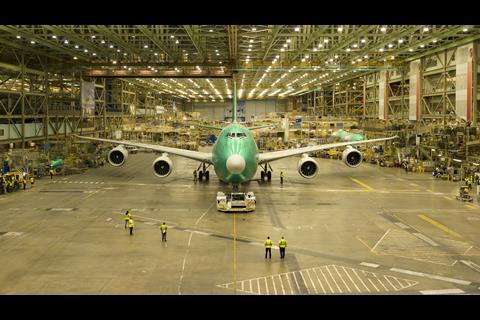 The Boeing 747 programme began production in 1967, with the first example making its debut in 1969. To date, Boeing has built more than 1,500 examples.

Kim Smith, Boeing vice-president and general manager of the 747 and 767 programme, says: “For more than half a century, tens of thousands of dedicated Boeing employees have designed and built this magnificent airplane that has truly changed the world.

”We are proud that this plane will continue to fly across the globe for years to come.”

The roll-out of the final 747 coincides with changing fleet strategies across the airline sector, with carriers shifting to twinjets for long-haul operations. Cirium fleets data shows that there are just over 70 passenger 747s still in operation.

The jumbo’s fate was sealed in the early days of the coronavirus pandemic, as travel demand collapsed and airlines grounding their passenger aircraft. Airlines such as Qantas, Thai Airways International, KLM and British Airways quickly ditched their 747-400s as the pandemic wore on.

Still, the type enjoys success as s freighter, where cargo operators like Atlas Air still operate them in large numbers. Even then, some cargo carriers are moving to replace their ageing 747 fleets with a newer generation of twin-engined freighters.