The test, which involved test aircraft number 105, was conducted at Hulunbuir Hailar airport, states the Chinese airframer. Temperatures were reported to hit as low as -40°C during the 20-day test. 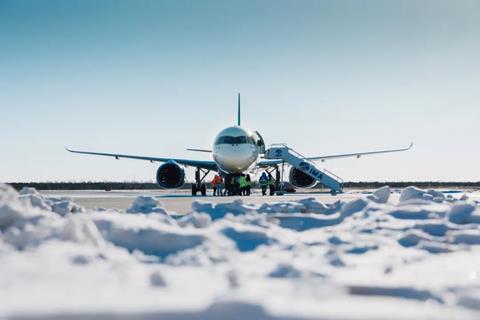 Comac has completed cold testing on its C919 narrowbody programme.

The completion of cold-weather testing is the latest development for the narrowbody, which received its type inspection authorisation in late November, paving the way for final flight tests and certification.

Comac hopes to get the type certificated by this year, before commencing deliveries to Chinese carriers, including launch customer China Eastern Airlines.