Several Israeli media outlets are carrying a statement from El Al that a weekly link to Dubai will be added to the route network of a Boeing 747 freighter service from Tel Aviv, although the flight will operate via Liege.

The service will begin on 16 September.

El Al’s operations remain grounded with the exception of its 747-400 freighter, which is not Israeli-registered but wet-leased from US carrier Atlas Air and carries the US registration N487MC.

Regular non-stop services between Israel and the UAE will be a subject of negotiations following the disclosure in mid-August that the two sides will normalise diplomatic relations.

El Al has already marked the agreement with a special one-off flight from Tel Aviv to Abu Dhabi on 31 August.

UAE operator Etihad Airways, based in Abu Dhabi, has started offering a sales channel to customers within Israel, through tourism firm TAL Aviation. TAL says it is not yet offering a similar service for Dubai-based Emirates. 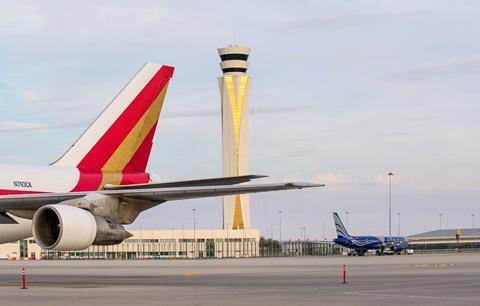