Hong Kong International Airport has successfully raised $4 billion through a bond issue, with part of the proceeds earmarked for its planned three-runway system.

The fund raising was oversubscribed, allowing the pricing of the notes well below the initial price guidance, says the Airport Authority of Hong Kong (AAHK). 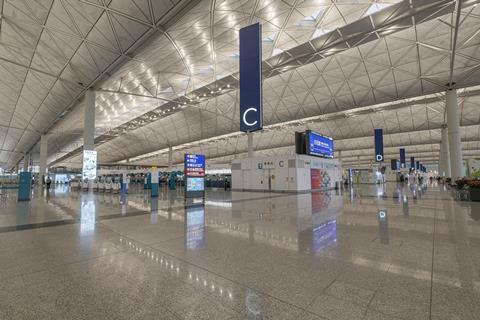 “More than 200 professional and institutional investors including sovereign wealth funds, asset managers, corporations, banks and insurance companies across Asia, Europe and the United States participated in the transaction,” says AAHK.

In addition to funding the airport’s long planned third runway, the funds will also be used for general corporate purposes.

The authority adds that this is the biggest US dollar bond issue in Hong Kong since 2003.

The successful bond issue comes amid a collapse in air traffic in Hong Kong stemming from the government’s strict ‘zero-covid’ policy, which is aligned with Mainland China.