One of the potential bidders for a future UK maritime patrol aircraft requirement is calling on the Ministry of Defence to hold a competition, rather than “rush in” to a sole-source deal to buy Boeing’s 737-based P-8 Poseidon.

Airbus Defence & Space has been touting its multirole C295 as an affordable means of reinstating a lapsed maritime patrol capability for the Royal Air Force, proposing an acquisition of around 12 aircraft. A Portuguese air force example was on display at the Farnborough air show as part of the airframer’s promotional activity around the type. 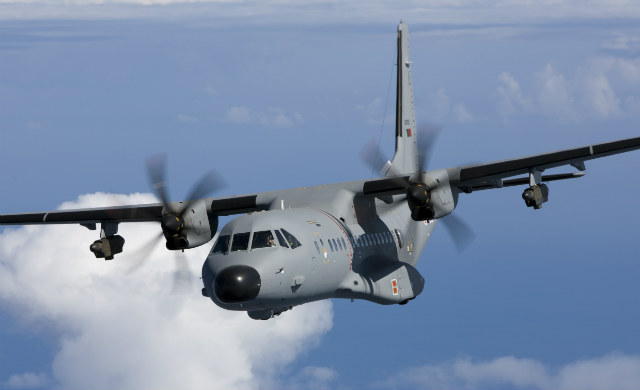 Pointing to a long-running consultation involving the Ministry of Defence and industry called the Air ISTAR Optimisation Study (AIOS), Richard Thompson, head of military aircraft UK for Airbus Defence & Space, comments: “All of a sudden there seems to be an urgency to replace the maritime component.”

Highlighting a pre-show concern that the MoD could be poised to order the P-8 as a successor to its retired British Aerospace Nimrod MR2s, Thompson says: “The P-8 is not the only off-the-shelf solution. There are alternatives.”

Twelve C925s equipped with maritime patrol and anti-submarine warfare equipment already used by the UK armed forces could be acquired for half the price of six P-8s, while life-cycle costs would be between one-quarter and one-fifth those of the larger type, he claims.

Several other systems are being promoted for possible UK application, including a Saab solution based on its 2000 turboprop and a Bombardier Q400 proposal backed by companies including L-3 Communications.

Thompson also believes that additional capacity on the UK’s A330 Voyager programme could be used to satisfy other future airborne command and control requirements. One potential application could be to adapt several aircraft to serve as replacements for the RAF’s Boeing 707-based E-3D airborne warning and control system fleet, he suggests.

“We have put forward what we think is a balanced set of proposals for overland and maritime surveillance, and to bring Voyager in in the fullness of time for airborne early warning and command and control,” Thompson says. “Now we need customer engagement.”

“The AIOS is one of a number of ongoing strands on analysis that will contribute to the Strategic Defence and Security Review 2015,” says the MoD, which during Farnborough announced funding to extend operations of the RAF’s Sentinel R1 and Shadow R1 surveillance aircraft until 2018.