Poland’s emerging requirement for around 32 attack helicopters is already attracting considerable interest from manufacturers, with many using this week's MSPO defence show to present their cases.

Under its “Project Raven” programme, Warsaw in July issued a request for information as it looks to replace the fleet of Mil Mi-24s operated by the Polish land forces.

Last month, the nation’s defence ministry indicated that 10 companies had responded to the initial solicitation, ushering in a scoping exercise due to conclude on 16 October.

Although Poland has yet to say whether it wants a heavily armed troop transport – a direct replacement for the Mi-24 – or a modern tandem configuration attack helicopter, early indications are that it is leaning towards the latter.

Airbus Helicopters displayed its Tiger HAD platform outside MSPO in Kielce, having been specifically requested to bring the rotorcraft to the show by the nation’s defence ministry. 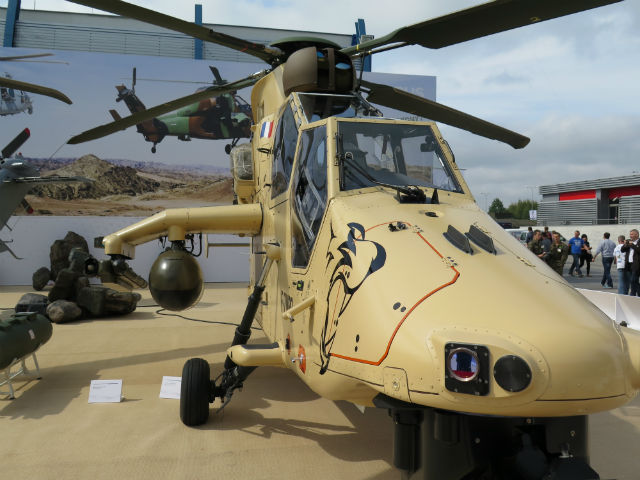 “It was not our proposal to come here and present the Tiger,” says Christian Fanchini, Airbus Helicopters' senior sales promotion manager. “But we were asked by Poland.”

Turkish Aerospace Industries also confirms its interest in the requirement, for which it will offer the T129 as prime contractor, in collaboration with AgustaWestland and the latter’s Polish subsidiary PZL Swidnik.

“We are totally open for technology transfer according to the needs of the end-user,” says Görkem Bilgi, TAI business development manager helicopter systems.

Boeing is also eyeing the procurement as another opportunity for its AH-64E Apache.

Richard Meanor, senior manager international business development at Boeing, says the airframer is waiting for the issue of a more detailed RFI before deciding how to proceed.

“We think we have the world’s best attack helicopter in the AH-64E, but we have not seen any [detailed] requirement at all at this point,” he says.