Airbus opens second A220 line as assemblies start at Mobile

Airbus has started assembling A220s at its Alabama facility, a milestone coming nearly two years after the European airframer announced its intention to open a US A220 manufacturing site.

The company has "officially begun manufacturing the A220 in the US", with work commencing on an A220-300 that Airbus intends to deliver to Delta Air Lines in the third quarter of next year.

Airbus describes the start of US A220 production as evidence of its position as a top US manufacturer and of its increasingly global manufacturing footprint.

"With Mobile, and our production network in Asia, Canada and Europe, we have strategically created a worldwide industrial base to better serve our customers," says Airbus Americas chief executive Jeffrey Knittel.

A220 workers in Mobile recently completed training in Mirabel, Canada – home of the original A220 production line, Airbus says.

Earlier this year Airbus began constructing the A220 assembly hangar and other related facilities in Mobile, though the company is using some existing A320 buildings to assemble "the first few" A220s, it says. 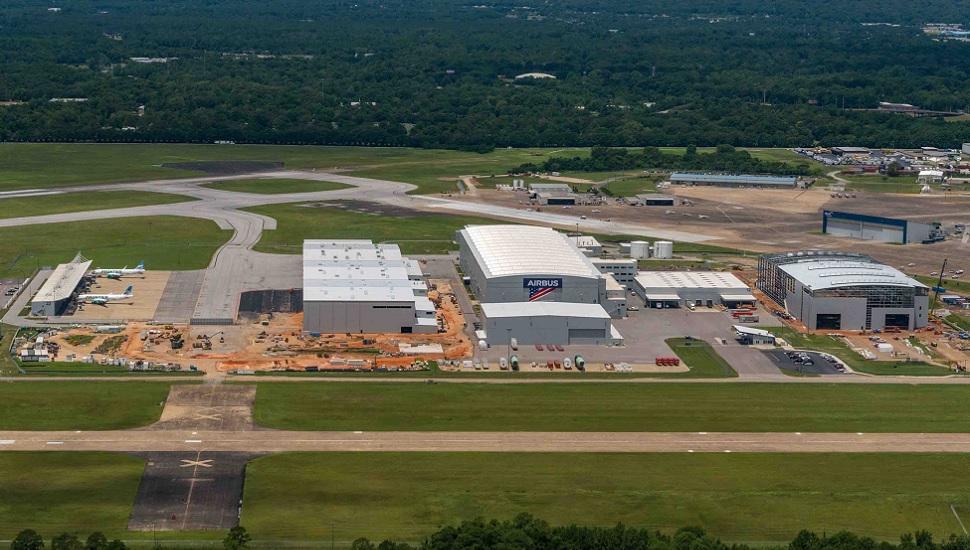 Airbus's production facility in Mobile, where the company makes A320s and A220s

The first large A220 components, including the cockpit and a fuselage section, arrived at the Mobile site in June.

The start of US A220 production comes despite initial scepticism that Airbus would make good on its US A220 plans.

Airbus announced its intention to open the Mobile A220 site as part of its October 2017 proposed acquisition of the programme, then called CSeries, from Bombardier.

The acquisition came amid threats the USA would impose significant tariffs on CSeries imports – retaliation for Bombardier receiving billions of dollars in government financial support.

Those tariffs threatened Bombardier's already-announced sale of at least 75 A220s to Delta.

Airbus's plan to assemble A220s at the Mobile Aeroplex at Brookley, where it already assembles A320 family aircraft, appeared a means to bypass tariffs.

But Bombardier won the trade dispute, eliminating the threat of tariffs. And Airbus, after closing the acquisition last year, still moved forward with its Mobile plan.