Airbus in the midst of an Asia-Pacific promotional tour for the A220, which it says is ideal for carriers aiming to operate new regional routes.

The airframer is conducting the tour with an Air Baltic A220-300 (YL-ABH) with stops in Sydney, Singapore, and Hanoi. The Air Baltic jet is equipped with 145 economy class seats. 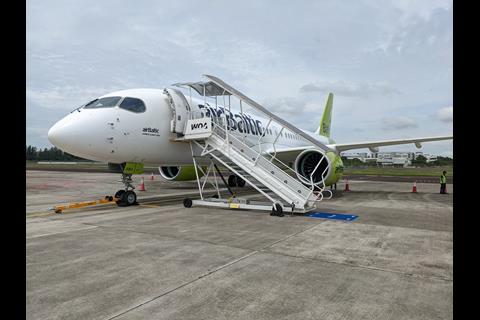 The Airbus A220 at Singapore's Seletar Airport 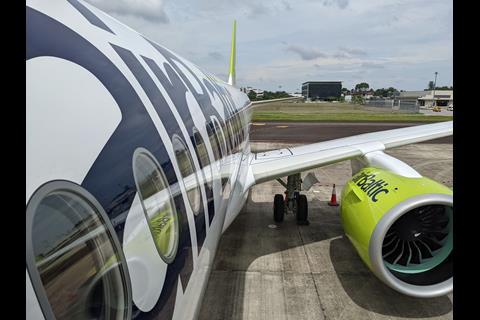 The left-side of the Air Baltic A220 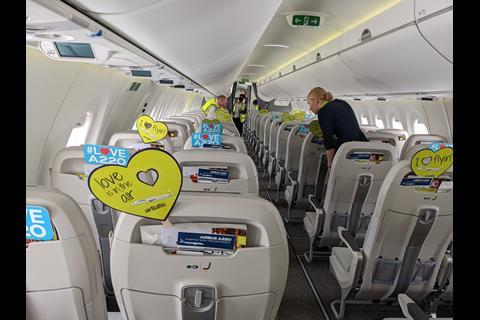 Inside the Air Baltic A220 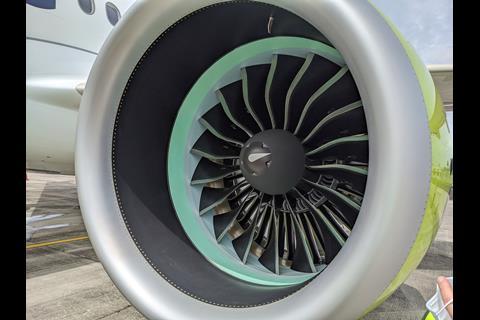 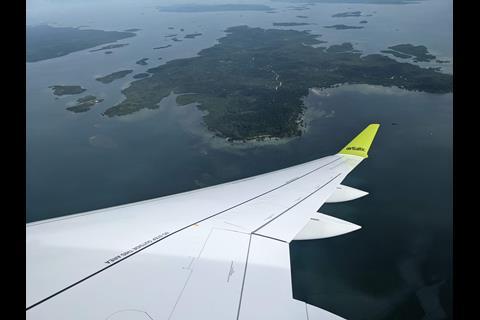 An Indonesian island viewed from an Air Baltic A220 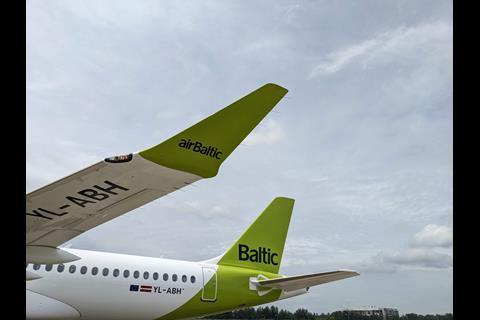 In the Asia-Pacific context, this makes the A220 – sized between regional jets and larger narrowbodies such as the A320 – suitable for pioneering new routes to secondary destinations.

Regional jets and smaller narrowbodies have largely failed to penetrate the Asia-Pacific, with airlines trending towards larger narrowbodies. Bigger jets, they feel, allow them to take better advantage of limited slots at congested airports.

Airbus declined to comment on customer discussions, but FlightGlobal understands that a few airlines in the region could be interested in an A220-sized aircraft.

Bangkok Airways has a long-running requirements to replace its A319s for operations into the resort island of Koh Samui. Other carriers in the region that could potentially look at the A220 are Malaysia Airlines/Firefly, and Vietnam Airlines.