De Havilland Canada has delivered another two Dash 8-400s to Ethiopian Airlines, bringing to 30 the number of the turboprops received by Ethiopian and its affiliates.

The Canadian airframer announced in recent days that it handed over the two aircraft, which had serial numbers 4615 and 4617, according to De Havilland.

Ethiopian chief executive Tewolde GebreMariam attributes the Dash 8-400 as supporting “the cost-leadership strategy will rely on in our market, particularly in these unprecedented times during the Covid-19 pandemic”. 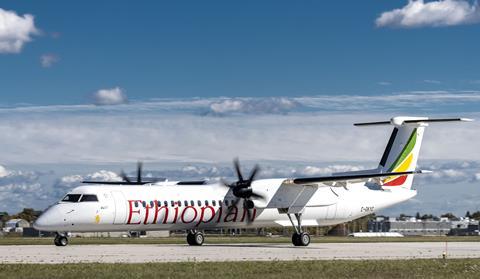 At the time, De Havilland’s backlog of Dash 8-400s – the only remaining in-production Dash 8 variant – stood at 51 aircraft, according to previous FlightGlobal reporting.

That backlog now stands at 21 Dash 8-400s, according to the most-recent Cirium fleets data. 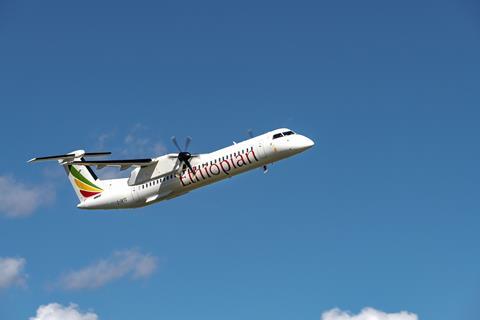