On the first day of Farnborough, Bombardier unveiled to the world a CRJ900 decked out in the company's new Atmosphere cabin, highlighting a series of upgrades aimed at propelling the venerable regional jet into its next chapter.

The Canadian manufacturer is showcasing the cabin, supplied by Zodiac Aerospace, in a Delta Air Lines CRJ900 on the static display at the show.

Delta has ordered 20 CRJ900s with the Atmosphere cabin. 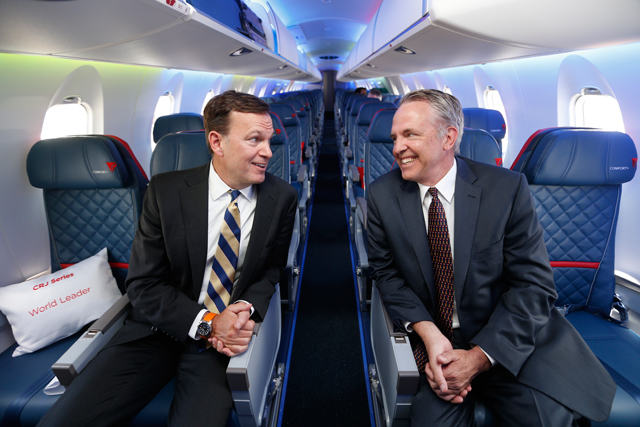 "There is a tremendous opportunity for the CRJ," Bombardier president of commercial aircraft Fred Cromer said during an unveiling event.

Cromer calls the Atmosphere cabin a "direct response to what our customers are looking for".

He and other Bombardier executives praised the Atmosphere cabin for providing more space for passengers and for having newly designed overhead bins that can accommodate large carry-on bags. The design also includes mood lighting, in-seat power and larger lavatories, the company says.