Norwegian charter operator Sundt Air will acquire the 350Cs and deliver them to Greece’s health ministry, which will place the aircraft in service by mid-2021, says Textron Aviation. 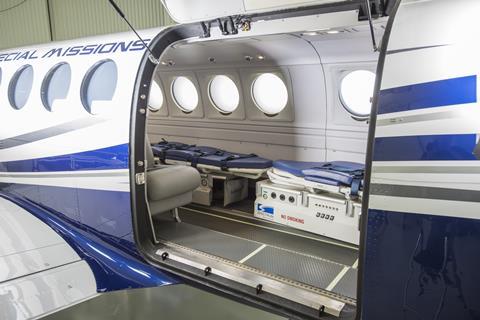 The Greek air force will oversee the King Airs’ maintenance and operation, and the aircraft will be based in Athens. The turboprops are being acquired to perform missions involving disaster relief, medical rescue and hospital transfers, Textron Aviation says.

The company adds that the King Air 350C’s ability to operate from short airfields and its medical capabilities make it an ideal medivac aircraft. The turboprops will be outfitted with cargo doors, patient oxygen systems and be capable of carrying two stretchers, Textron Aviation says.