HAI Heli-Expo 2021 has been cancelled.

Helicopter Association International (HAI) disclosed the decision on 20 January despite late optimism that its signature event would occur in person despite the raging pandemic.

The show had been scheduled for 22-25 March in New Orleans. 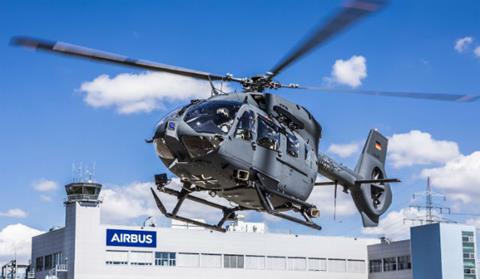 But in recent weeks, Covid-19 cases have spiked and several major aerospace manufacturers confirmed they had decided against attending.

Those manufacturers include Airbus Helicopters, Bell, Sikorsky and Robinson Helicopters, according to those companies and media reports.

By cancelling the event, HAI says it is “responding to an increasing number of voices from across the vertical take-off and landing (VTOL) industry”.

HAI will not convert the 2021 show into a virtual format. Rather, it will “redirect its efforts to producing” next year’s show, to be held on 7-10 March 2022 in Dallas.

“Please understand that we did not make this decision lightly,” says HAI chief executive James Viola. “Leading up to mid-January, the majority of industry voices who contacted us supported holding Expo as long as health and safety protocols were in place.”

“Pandemic conditions have changed, and the majority of our stakeholders have recently expressed discomfort with the logistics involved in business travel at this time,” says HAI’s Voila.