An ongoing row between Russian and Ukrainian manufacturers over the  overhaul of each other’s aircraft has deepened after Russian Helicopters warned that lives were being put at risk by allegedly “illegal” work carried out on Mil Mi-17s.

After the fracturing of political relations between Ukraine and Russia, particularly after the annexation of Crimea, the co-operative efforts on aerospace between the two sides began to disintegrate. 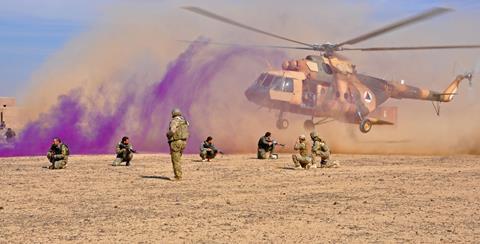 Ukrainian design bureau Antonov notably warned that it would not vouch for the airworthiness of An-124s if servicing work was outsourced to Russian organisations.

Russian Helicopters says the two organisations “have not mastered the overhaul of this type of helicopter in the prescribed manner” and it has not supplied them with design documentation, spare parts or overhaul kits.

“This overhaul must be considered as illegitimate since it will be performed without the participation and control of the developer [Mil] and the manufacturer [Kazan Helicopters] of this type of helicopter.”

Russian Helicopters claims the “illegal” overhaul activity “endangers the lives of the American and Afghan soldiers that are operating these helicopters”.

After the warning from Antonov in 2016 over An-124 maintenance outsourcing, Russian An-124 operator Volga-Dnepr initially agreed to continue technical co-operation with Antonov. 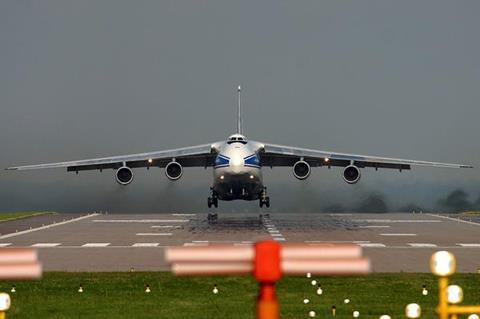 Volga-Dnepr had initially agreed to continue co-operation with Antonov

But tension between the two sides has remained and their relationship deteriorated after Antonov complained that Volga-Dnepr’s German maintenance subsidiary AMTES was developing modifications for the An-124 without Antonov’s participation.

Its allegations that this amounted to improper procedures were vehemently rejected by Volga-Dnepr, which insisted that all airworthiness documentation for the An-124 was “fully compliant with international law” and that the company would defend itself against any legal measures.

Evidence of the continuing animosity has also emerged following the decision by Antonov Airlines to put the outsize An-225 freighter back into commercial service.

“We are a responsible airline and put flight safety first, ensuring the proper maintenance and airworthiness of our entire fleet,” the carrier stated on 7 December, pointing out that it is “working with full technical support” from the type certificate holders of the An-124 and the Progress D-18T engine.

“Proper maintenance and lifetime extension are important to ensure the safe operation of both the aircraft’s engines and airframes.”