High-end charter operator K5-Aviation has received an ACJ330-300 from Airbus Corporate Jets – the first ever VIP variant of the -300 airframe.

Airbus order and delivery data shows all its previous 63 deliveries of an A330 into the government, executive and private segment have all been based on the -200; it lists only one order – and one delivery – of an ACJ330-300, which the airframer confirms is the twinjet acquired by K5-Aviation. 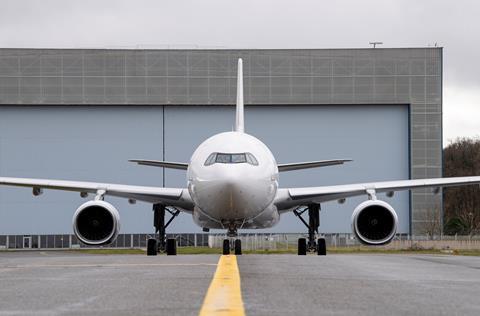 Aircraft will be outfitted by Fokker Techniek

It was among the A330-300s ordered by Hong Kong Airlines but subsequently not taken up by the Asian carrier.