March Heli-Expo to be in-person event

The Helicopter Association International (HAI) is moving ahead with plans for its 2021 HAI Heli-Expo trade show in March to be held in person – not just virtually.

Despite the fact that the pandemic has proved capable of disrupting the best-laid plans, the group intends to open the doors for the planned 22-25 March event in New Orleans.

If that happens, Heli-Expo – the world’s biggest helicopter trade show – would be perhaps the largest aerospace trade show to welcome actual guests since the pandemic gripped the world nearly one year ago. 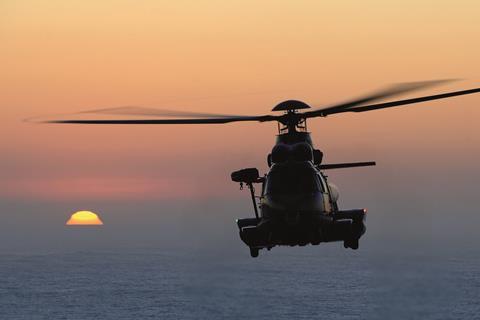 HAI says it is working with the City of New Orleans, an epidemiologist and the New Orleans Ernest N Morial Convention Center to ensure the show meets virus-safety protocols.

It views the 2021 show as an opportunity to bring much-needed optimism to an industry that has struggled mightily from the pandemic.

The organisation expects fewer attendees than in past years owing to the pandemic and related travel restrictions. International attendance, which typically accounts for 20% of guests, stands to be most affected. As a result, this year’s show will be more US-focused, HAI says.

As of now, major aerospace manufacturers are confirmed as attending, HAI says. Several major helicopter makers did not respond to questions from FlightGlobal about their Heli-Expo plans. As in previous shows, HAI expects to hold press conferences and is working to ensure media events are also available virtually via Internet streams.

HAI describes Heli-Expo as “the world’s largest trade show and exposition dedicated to vertical aviation”. It says the event attracts more than 650 exhibitors and 17,000 industry professionals.

The convention centre holds an “GBAC STAR” accreditation, which “certifies that the facility is implementing the industry’s highest standards of cleaning, disinfection and infectious disease prevention”, says HAI. That certification comes from the Global Biorisk Advisory Council, a division of cleaning industry group ISSA. “High-touch surfaces” within the convention centre will be tested for hygiene and visitors will be required to wear masks and undergo temperature checks, HAI says.

Last year’s Heli-Expo, held January in Anaheim, was among the last large in-person aerospace trade shows. The Singapore air show, held in February 2020, also took place, although many US and European companies pulled out at the last minute.

But shortly after the world entered lockdown as Covid-19 spread globally. Most shows since then – the Farnborough air show, Chile’s FIDAE, EBACE in Geneva, AirVenture in Oshkosh, MRO Americas, NBAA in Las Vegas and countless conferences – were either cancelled or switched to virtual formats.

Some 2021 shows have already been cancelled, among them the Paris air show.

Story corrected on 20 January to note that HAI Heli-Expo was scheduled to start on 22 March, not 23 March.