Italian airframer Tecnam has secured another US customer for its new P2012 Traveller, with Southern Airways Express agreeing to purchase two of the nine-passenger aircraft. 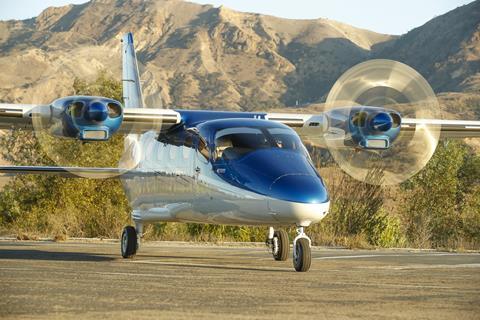 Southern, which operates a fleet of about 30 Cessna 208 Caravans, is set to join Cape Air among US P2012 operators.

“We looked at every current nine-seat option, and we always came back to the Traveller as the best aircraft for our specialty routes,” says Southern chief executive Stan Little.

Southern operates several distinct flight networks in various US regions. It has flights linking cities in the southern US, and routes from Denver, Phoenix and Washington-Dulles International airport. Southern also flies between Hawaii’s islands under the Mokulele Airlines brand, according to its website.

Tecnam delivered its first P2012 in 2019 to US commuter carrier Cape Air, based in Massachusetts, Cirium fleets data shows.

Cape Air operates 30 of the 39 P2012s currently in service and has signed letters of intent to acquire another 69 of the aircraft, Cirium shows.