US start-up Global Crossing to lease A321P2Fs from ST Engineering

Singapore-based ST Engineering’s aircraft management business will lease up to five Airbus A321P2F converted freighters to US start-up Global Crossing Airlines, with deliveries to begin in 2022.

Global Crossing, which is working to achieve US certification to begin passenger and cargo charter flights, will lease the jets from ST’s Aviation Asset Management unit.

The passenger-to-freighter A321P2F is a product of German company EFW, a joint venture between ST Aerospace and Airbus. 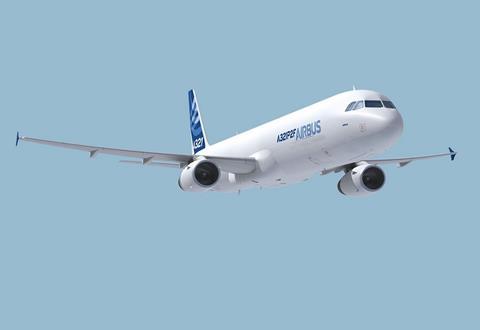 ST Engineering will acquire, modify and maintain the five jets destined for Global Crossing, which has a Miami base. The first aircraft “will be converted in April 2022 and placed on lease” in the fourth quarter of that year, ST says.

“The remaining four P2F aircraft will be converted and leased to [Global Crossing] progressively.”

Global Crossing had previously been based in British Columbia, Canada. But in December 2020, the company said it changed its “jurisdiction” to the US state of Delaware. The company has since been seeking US certification to begin operations, a milestone it aims to achieve by mid-year.

Global Crossing still owns Canada Jetlines, a Canadian company that has for several years been seeking to begin an ultra-discount airline in that country.

In addition to the jets it plans to lease from ST, Global Crossing has signed a letter of intent with Luxembourg aviation company Vallair to lease ten A321 converted freighters.

It also disclosed, in 2020, deals to lease two A320s from Dubai Aerospace Enterprise.

In January, Global Crossing said it received its first A320, a passenger jet outfitted with 180 seats. The company plans to fly charter flights throughout the USA, Caribbean and Latin America, it says.

Global Crossing has contracted with Spirit Airlines to maintain its jets.