Volato, which sells charters and offers a fractional-aircraft ownership programme, disclosed the order on 1 December. It does not say when it expects to take delivery of the light jets. 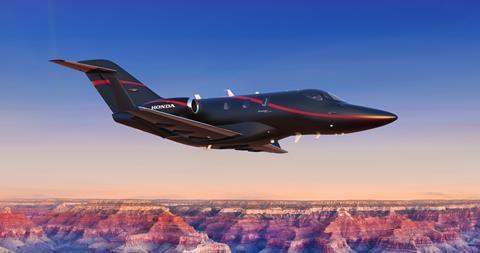 Volato says the order will bring its eventual fleet of HondaJets to more than 40 aircraft. Cirium fleets data shows the company now operates four HondaJets and holds separate orders for another 14. It also has orders for four Gulfstream G280s.

Honda Aircraft revealed the updated Elite II variant of the HA-420 light jet on 17 October during the NBAA business jet convention in Orlando. The Elite II builds on the previous-generation HA-420 Elite S, which the company rolled out in 2021.

Honda Aircraft, based in North Carolina, gave the Elite II upgraded avionics, software and mechanical and electrical systems. Most notably, it increased the type’s allowable weight, giving it more range.

The US Federal Aviation Administration issued the Elite II’s type certificate on 2 November.