Air Arabia Group has announced plans to launch an airline in Sudan via a joint venture with local conglomerate DAL Group.

To be based at Khartoum International airport, Air Arabia Sudan will operate a fleet of “new Airbus A320 jets” and will adopt the low-cost business model operated by Air Arabia Group, according to a 22 September announcement.

Air Arabia says that work on securing “relevant approvals and licences” for the north African operation will commence “shortly”, with details including network scope and fleet size to be revealed “in due course”. 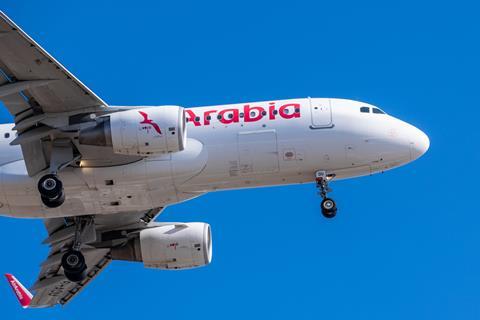 Air Arabia is aiming to launch an operation in Sudan

The announcement does not explain how the ownership will be split between Air Arabia Group and DAL Group, which is a privately owned Sudanese firm that operates in business sectors including food, engineering and agriculture.

The Sudan operation would add to Sharjah-based Air Arabia’s growing portfolio of airlines outside its UAE presence, which includes Air Arabia Abu Dhabi.

Speaking to FlightGlobal at last year’s Dubai air show, Air Arabia Group chief executive Adel Ali said of the business’s growth aspirations: “That’s always been our trick – to make sure wherever you want to go within the Arab world and the Indian subcontinent, you can jump on an Air Arabia aeroplane.”