Kazakhstan’s Air Astana Group aims to have 59 aircraft by mid-2025, as it aims to increase frequencies to international destinations, particularly in Asia.

During the remainder of 2022 Air Astana will receive two additional Airbus A321LRs, bringing its total of the type to 10, says the carrier. 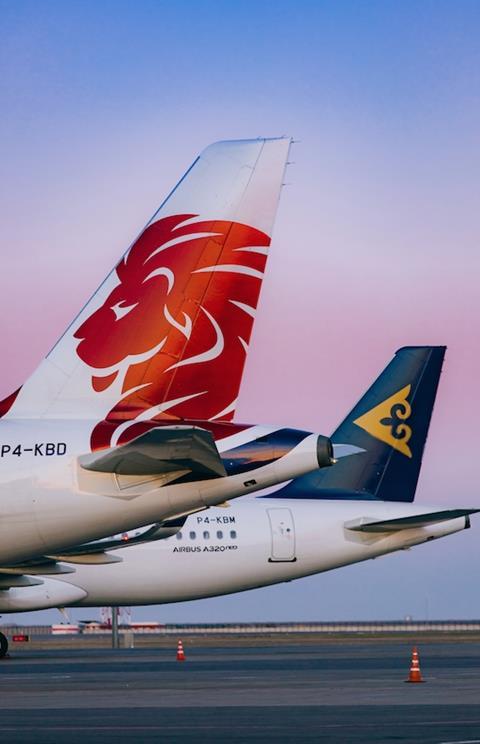 Low-cost unit FlyArystan will also add three additional A320neos by the end of the year.

The first seven months of 2022 saw the Air Astana Group carry 3.9 million passengers, up 9% from a year earlier.

“The network continued to expand with the resumption of flights to destinations including London and Istanbul, together with the launch of new services to Greece,” it says.

“In the coming months, frequencies to Dubai, Delhi and Phuket will be significantly increased and services to Bangkok will be resumed, which represents a significant step in re-building the Asian network.”

The group also plans to open a new flight crew training facility in Nur-Sultan later this year, which will house Kazakhstan’s first full flight simulator. In 2021, the carrier announced it would acquire an A320 simulator produced by L3Harris.

In addition, it will be beef up its in-house maintenance capabilities.

“Air Astana has rapidly recovered despite an unprecedented series of operational challenges this year, with passenger traffic up 9% and seat capacity up marginally between January and July compared to the same period last year,” says Air Astana Group chief executive Peter Foster.

”Given the strong expectation of continued growth in both international and domestic markets in the future, it is now timely for the Group to be significantly expanding the fleet, together with investing in new pilot training and maintenance facilities, to achieve long-term goals.”