Air Astana has signed a deal to take three Boeing 787-9s through lessor Air Lease as it continues with its fleet-upgrade programme.

“The Boeing 787-9 is an important aircraft to Air Astana’s fleet modernisation as we expand our routes and focus on passenger experience,” says Air Astana chief executive Peter Foster. “The Dreamliner offers fuel-efficiency and range flexibility that will greatly add to our growing fleet operations.”

Foster has previously indicated that 787s would replace the carrier’s three 767-300ERs – the only widebodies in its fleet. 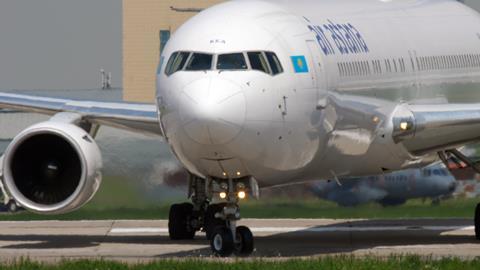 Air Astana has three Boeing 767s in its fleet

The airline placed an order for three 787-8s directly with Boeing in 2012, but that specific agreement is no longer listed in the airframer’s backlog.

Air Astana’s fleet upgrade programme is largely being driven by the arrival of A320neo-family jets, although it also has a letter of intent in place for 30 737 Max 8s.

From 40 aircraft today, the group – including low-cost unit FlyArystan – said in August that it aims to have 59 aircraft by mid-2025 as it increases frequencies to international destinations, particularly in Asia.