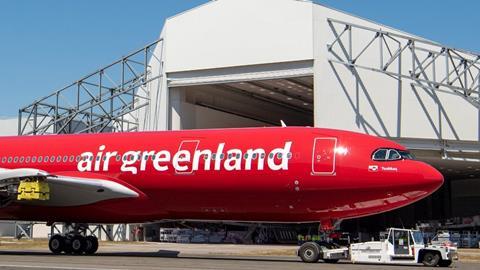 Air Greenland A330-800 emerges from paintshop

The first pictures have been released of Air Greenland’s Airbus A330-800 in the carrier’s distinctive red livery, after it emerged from the paintshop.

The Kangerlussuaq-based operator is set to take delivery of the Rolls-Royce Trent 7000-powered twinjet later this year as it replaces its ageing A330-200. 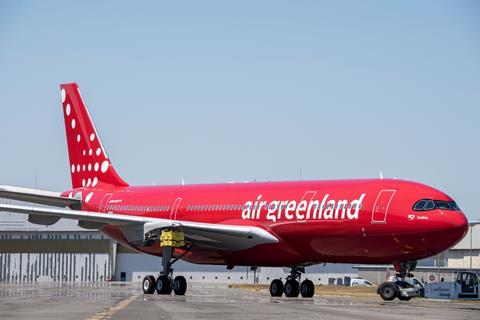 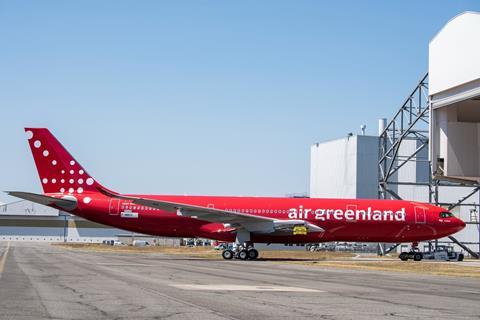 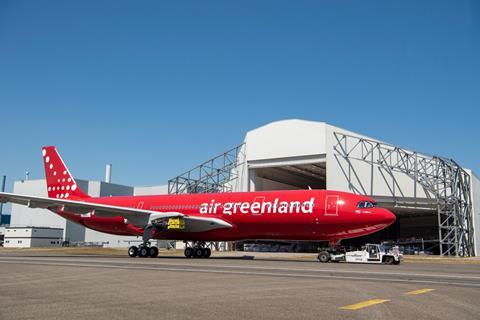 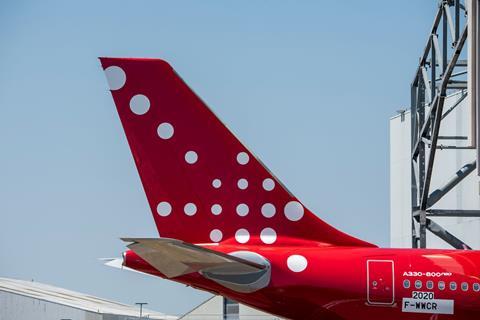 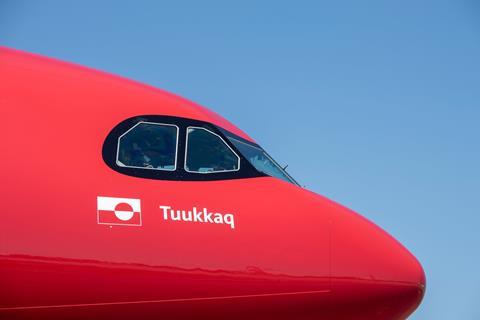 It ordered a single example of the smaller A330neo variant in December 2020, a year after disclosing it had selected the twinjet.

The airline uses its sole widebody to connect Greenland with Denmark.

Cirium fleets data shows that alongside its A330-200, Air Greenland has seven De Havilland Dash 8-400s in service, plus 18 helicopters.

Airbus has outstanding orders for 11 A330-800s from Kuwait Airways, Garuda Indonesia, Uganda Airlines and Air Greenland. Four of the variant have been delivered – two each to Kuwait and Uganda.