Air New Zealand will defer a planned equity raise to at least the first quarter of 2022, in accordance with New Zealand’s latest action plan for a phased reopening.

The flag carrier disclosed the recapitalisation in February, and in April pushed back the deadline by three months to 30 September. The government committed to participating to maintain a majority shareholding. 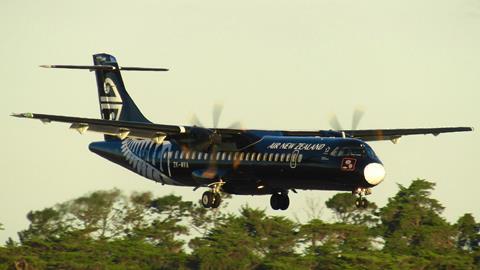 Finance minister Grant Robertson said in a letter to Air New Zealand dated 12 August: “My view is that the current environment is not sufficiently certain and stable to enable the [government] to make a decision on providing a firm pre-commitment to support the planned equity raise, [to meet Air New Zealand’s deadline].”

He added: “Barring further significant Covid-19 adverse developments, I am of the view based on currently available information that there should be sufficient certainty in the first quarter of calendar year 2022 to enable the [government] to make this commitment.”

Air New Zealand says in a statement today: “The company has, in consultation with the [government], decided to further defer its planned capital raise until the first available window in the first quarter of calendar year 2022.”

As it indicated in April, the airline expects to repay all amounts drawn under a NZ$1.5 billion ($1 billion) standby facility from the government when it completes the recapitalisation.

The finance minister reiterated the government’s commitment to the equity raise and also announced the removal of a condition in the standby facility, which would have stepped up interest rates by 1% per annum from 29 October.

With this change, the all-in total interest rate works out to approximately 4.2% for the first tranche and 5.7% for the second tranche, the carrier says in today’s update. The facility remains available through to September 2023 while other commercial terms remain unchanged.

The facility was in April upsized from NZ$900 million to NZ$1.5 billion, across a first tranche of NZ$1 billion and a second, NZ$500 million tranche.

Prime minister Jacinda Ardern announced on 12 August that New Zealand is readying itself for a phased resumption of quarantine-free travel and reiterates that the country will maintain its elimination strategy.

As part of the action plan, the second half of 2021 will see the government vaccinate as many New Zealanders as possible and safely conduct a self-isolation trial for vaccinated New Zealanders.

From the first quarter of 2022, New Zealand will move to new individual risk based border settings that will establish low, medium and high risk pathways into the country.

Ardern states: “Our plan to reopen our borders both protects the gains we have won, while setting us up to safely reconnect New Zealanders and business with the world and seize the opportunities created by our Covid success.”