Air New Zealand has refuted an Australian news report that it is in talks with Virgin Australia over a possible merger.

In a brief stock exchange filing on 16 September, the airline confirms it “has not been approached, and is not in discussions with any parties, regarding a potential merger transaction”.

The disclosure comes a day after The Australian first reported that Virgin Australia – and its parent Bain Capital – was in discussions over possibly merging with Air New Zealand. Citing unnamed sources, the article also claims Virgin Australia was looking to buy up compatriot Regional Express. 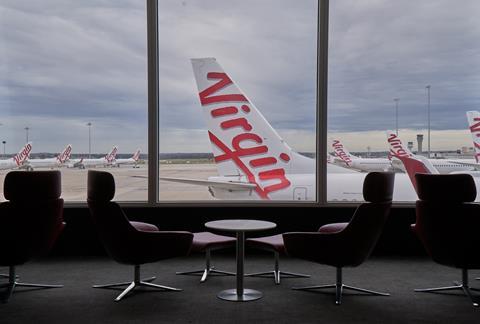 The Australian also reports that no deal has been struck yet, but that it could involve dual “back-door” listing in both Australian and New Zealand stock exchanges.

Air New Zealand previously held shareholding in the Australian carrier in 2011, but sold its stake in 2016.

Virgin Australia entered into voluntary administration in 2020, as the coronavirus pandemic battered the airline sector. By the end of 2020, it emerged under new owners Bain Capital, with a focus on serving the mid-market segment.

Airline chief Jayne Hrdlicka told FlightGlobal in June that the airline’s long-term goal remains to be listed, though reports indicate the airline was mulling a 2023 listing.