Revenue for the three months ended 30 June was also higher, rising 51% to W1.4 trillion, according to the carrier’s financial results. 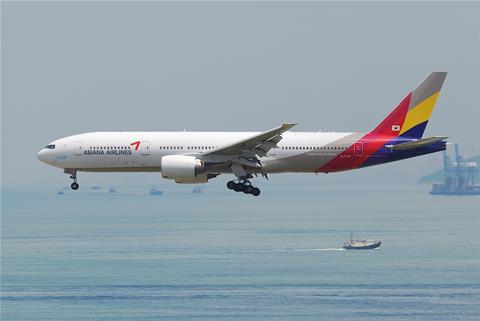 Operating expenses, however, jumped 42.9% to W1.2 trillion, and foreign exchange losses of W328 billion contributed to a net loss of KRW92 billion, compared with a net profit of W63 billion a year earlier.

The carrier said that passenger demand greatly increased in the quarter compared with a year earlier, but indicates that this was offset by higher fuel and maintenance costs.

On the international front, ASKs jumped 49%, and RPKs grew more than five-fold. International load factors also shot up 22 percentage points to 79%. This is consistent with the gradual lifting of international travel restrictions related to the coronavirus pandemic.

On the cargo front, international ATKs fell 11% and RTKs were down 16%. The freight load factor also fell five percentage points to 93%.

As of 30 June, the carrier’s fleet comprised 80 aircraft, comprising 64 passenger aircraft and 16 freighters, compared with 82 aircraft a year earlier.

During the year, an Airbus A330F and Boeing 747F were retired, while an A350-900 that had been temporarily configured for cargo services was returned to passenger use.