Australia’s competition watchdog is proposing to reject an extension of a charter partnership between Virgin Australia and Alliance Aviation, citing concerns that it could “eliminate competition” in the lucrative Fly-In, Fly-Out (FIFO) market.

In a statement on 21 October, the Australian Competition and Consumer Commission (ACCC) says it was “not satisfied” that the benefits from the partnership in the future “will outweigh the public detriment” that results from further cooperation.

The move is an about-turn from the ACCC, which in June granted interim authorisation to allow both parties to extend their partnership contract while it considers the substantive application. 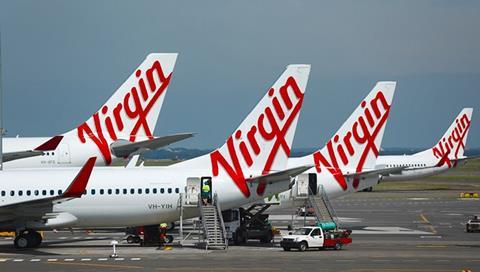 The commission in May 2017 gave the green light for Virgin Australia and Alliance Aviation to “cooperate, coordinate and jointly bid for, and provide, FIFO and value-added services to corporate customers”.

While the ACCC acknowledges that the partnership “is likely to result in some operational efficiencies” – including better utilisation of both parties’ fleets – deputy chair Mick Keogh says it was unclear whether “the likely benefits are sufficiently significant to outweigh the anti-competitive detriment”, and if these would be “substantially passed through to” its customers.

To this end, the commission is calling for submissions from interested parties about its proposal, especially from FIFO customers. A final determination is expected by the end of the year.

The move comes as Alliance faces regulatory scrutiny over a potential acquisition by national carrier Qantas, which in May announced a A$614 million ($385 million) takeover bid.

The ACCC in August raised concerns that the deal was “likely to substantially lessen competition for air transport services” to and from rural areas in the states of Queensland and Western Australia for corporate customers.