Vietnamese carrier Bamboo Airways plans to keep growing its fleet, and has expressed an ambition to hit 100 aircraft by 2028.

The airline is also operating 200 flights daily on 60 domestic and 12 international routes, according to a report in online news portal VN Express. 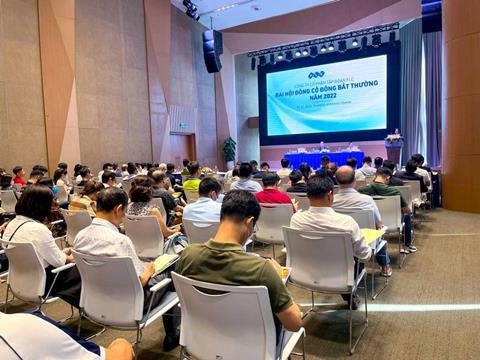 The report cites carrier chairman Dang Tat Thang, who was speaking at the shareholder meeting of parent company FLC.

Dang became chairman of both Bamboo and FLC earlier this year, when former chairman Trinh Van Quyet was arrested for alleged stock manipulation.

Dang also claims that revenues have been strong in the first six months of 2022 with air travel picking up as the coronavirus pandemic abates.

FLC, in a statement about the shareholder meeting, says that higher fuel prices are pressuring Bamboo’s operating costs and profits. The slow opening of some international markets also presents challenges.

“However, Bamboo Airways still persisted in its strategy of expanding the scale of operations, moving towards brand coverage both at home and abroad, and at the same time raising the quality of service according to the international 5-star orientation, comprehensively digitizing the airline. Air,” says FLC.

“With this orientation, FLC is actively looking for new investors and strategic partners to further develop Bamboo Airways in accordance with the set goals.”