Bond brothers to put Loganair up for sale

Long-standing owners of UK regional carrier Loganair, Stephen and Peter Bond, are to appoint advisors for the possible sale of their stake in the airline.

In a statement, Loganair chief executive Jonathan Hinkles confirms a report in the UK’s Sunday Times that plans are under way for a sale. 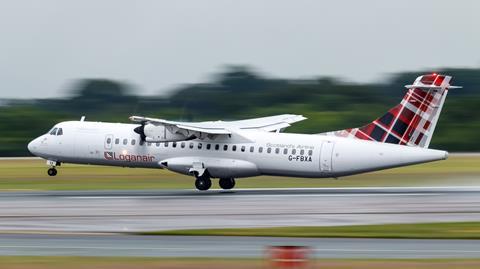 ”After 25 years as investors in Loganair – initially as part-owners and since 2012 as sole owners – Stephen and Peter Bond have decided to appoint advisors to review options for the sale of Loganair. It could see them hand over the stewardship of Scotland’s airline to new owners by mid-2023,” says Hinkles.

“The Bonds – Stephen is now 72, Peter is 61 – are committed to finding the right future owner for Loganair, who will act as its custodian for the next generation, just as they and previous owners have done. In the meantime, they remain wholehearted supporters of Loganair until any process is successfully concluded.”

He says the airline is “trading profitably”, has repaid its Covid-19 bank debt ahead of schedule and notes that passenger numbers are around 50% above pre-pandemic levels.

”It will very much continue to operate as it is today, with no changes to routes, services or employment,” Hinkles adds.

The Scottish regional carrier, which marked its 60th anniversary earlier this year, carried around 700,000 passengers last year, UK CAA data shows, and this summer expanded its codeshare with British Airways.