Brazil’s commercial aviation market can appear as infuriating as it is irresistible.

Brazil’s commercial aviation market can appear as infuriating as it is irresistible.

On the one hand, there are few better microcosms of the challenges facing the global airline industry. On the other, there are few markets in the world that offer untapped potential on such a grand scale.

Many of the key issues relating to that conundrum were discussed at length during the recent ALTA Airline Leaders Forum in Brasilia.

Amid improving economic indicators after a tough few years, could Brazil – which sits among the world’s top 10 countries by GDP – be on the brink of a commercial aviation breakthrough? 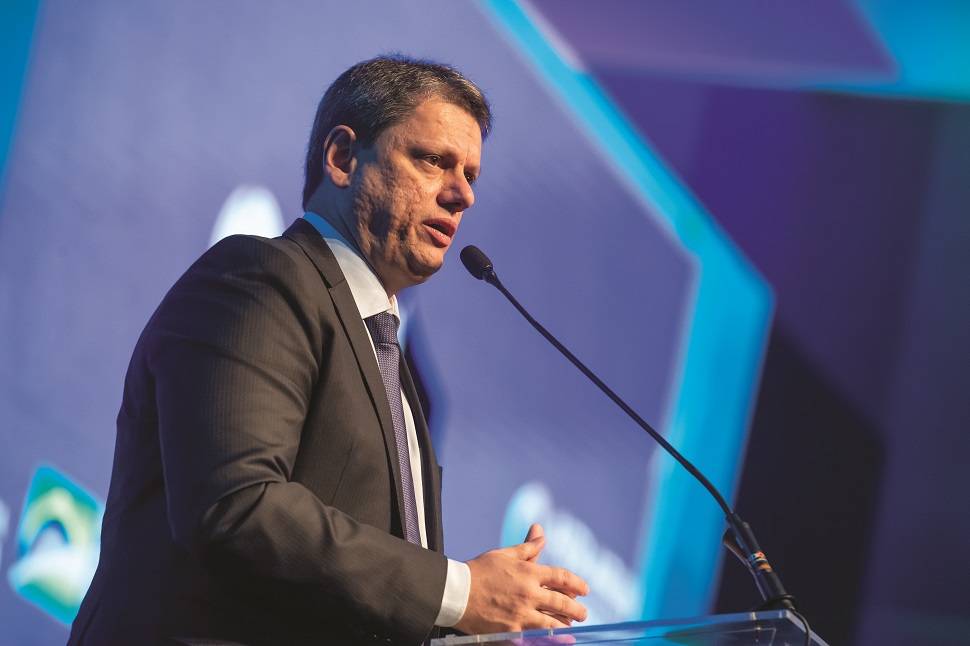 The country’s minister for infrastructure Tarcisio Freitas certainly thinks so. Speaking at the ALTA event, he said Brazil has “an economy that is beginning to breathe again” amid an “opening up” of aviation markets.

Earlier in November, the founder and chairman of Brazilian low-cost carrier Azul, David Neeleman, offered a similarly positive outlook: “There is newfound optimism in the country, the ministers are doing all the right things and Brazil is headed in the right direction.”

Even the most optimistic observer, however, would concede that there is still a lot of work to do.

Undoubtedly the most prominent challenges can be loosely grouped under the heading: “An expensive and bureaucratic place to run an airline.”

Representatives from local carriers such as Gol and LATAM Airlines Brazil were keen to point out at the ALTA forum that their ambitions are often stymied by outdated regulations, high taxes (particularly affecting fuel costs) and compensation-hungry passengers combined with an obliging judiciary.

Such issues also mean that opportunities for new players to enter the market – particularly ultra-low-cost carriers – are few and far between.

The government says it is working to address those challenges.

At the same time, moves this year to allow 100% foreign ownership of airlines are a step in the right direction.

Recent airport concessions in Brazll have meanwhile been met with a more positive response by the industry.

Indeed, president Jair Bolsonaro and his administration are proving to be relatively business-friendly and continue to talk a good game regarding commercial aviation.

There are, however, frequent reminders that a change in government could undo any progress made.

The Brazilian Congress, for example, recently attempted to reintroduce a requirement that all carriers offer 23kg of luggage for free to passengers – the type of measure incompatible with aims to increase low-cost carrier coverage in the country.

Ergo, Brazil is a place where it is still tough for airlines to have confidence in the stability of the operating environment, beyond the short term.

A glance south to Argentina – where the business-friendly Macri administration has just been ousted by voters – shows that a fragile status quo is a common thing in the Latin American airline industry.

Further adding to Brazil’s intrigue is a raft airline-specific developments, some of which could point towards the market maturing.

In Gol, it has a low-cost carrier with a future fleet strategy based around the currently grounded Boeing 737 Max. The same carrier is also said to be talking to American Airlines about a tie-up.

That potential tie-up is a result of LATAM Airlines announcing its departure from Oneworld and a major investment from US major Delta Air Lines. The latter is foregoing its investment in Gol as a result.

In Avianca Brasil, meanwhile, it has one of the industry’s most high-profile airline casualties of recent months.

And in Air Europa, it has a European carrier that earlier this year made tentative moves towards launching domestic operations in Brazil. The Spanish operator’s potential purchase by IAG simply adds to what could become a game-changing narrative.

“Who wouldn’t want to be present in a market with 200 million consumers?” asks Freitas in Brasilia.

With the potentially deeper involvement of established overseas airlines, a business-friendly government making promises to break down some of the barriers to operating in the country, and a better economic environment, Brazil is at the very least making tentative steps towards receiving the answer it desires to that age-old question.