China Southern Airlines has announced pricing of an upcoming convertible bond issue that is set to raise CNY16 billion ($2.4 billion) for the carrier.

The bonds, convertible to mainland China-listed A-shares, will bear 0.2% interest in the first year, 0.4% in the second year, 0.6% in the third year, 0.8% in the fourth year, 1.5% in the fifth year and 2% in the sixth year, the airline says in a 12 October filing to the Hong Kong stock exchange. 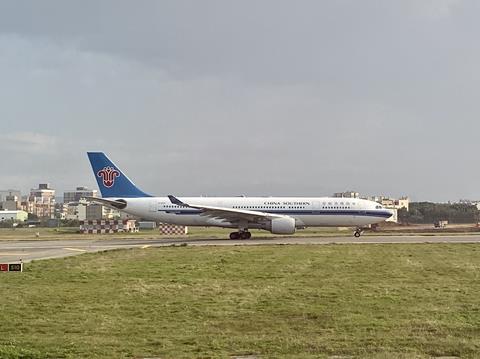 On 15 October, China Southern will issue 160 million bonds with a nominal value of CNY100 each. The issuance matures on 14 October 2026.

The initial conversion price for the shares is set at CNY6.24 per share and the conversion period runs from 21 April 2021 to 14 October 2026.

The number of converted shares will be determined by dividing the face value of bonds against the effective conversion price at the time of conversion, pegged to the airline’s share price.

Last month, China Southern won approval from Chinese regulator the China Securities Regulatory Commission for the issuance, after announcing it in May.

The airline said at that time that CNY10.6 billion will be allocated to purchasing aircraft and aviation equipment, as well as for maintenance projects. In addition, it will allocate CNY600 million to acquire spare engines, while the remaining CNY4.8 billion will supplement working capital.