China Southern Airlines has applied to the Civil Aviation Administration of China (CAAC) for approval to establish a cargo subsidiary. 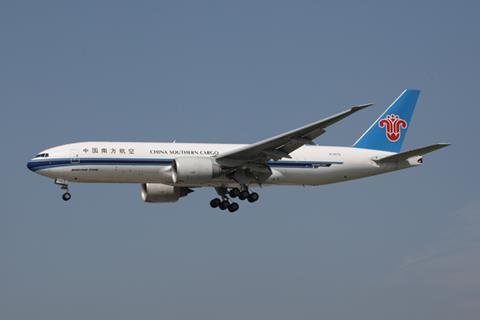 CAAC documents state that the cargo carrier will be funded by China Southern, with a registered capital of CNY1 billion ($150 million).

China Southern states that it will also hand over its existing cargo slots to the new subsidiary, which will operate these flights under China Southern’s operating code.

China Southern has picked the head of its Shantou division, Zhang Wei, to head the new carrier. It will also move about 30 flight crew to the cargo airline.