Comac has handed over an ARJ21 to Indonesian carrier TransNusa, the first international delivery of a Chinese jet airliner.

The aircraft has 95 seats in an all-economy layout, with the interior and exterior of the jet customised at the request of TransNusa, says Comac. 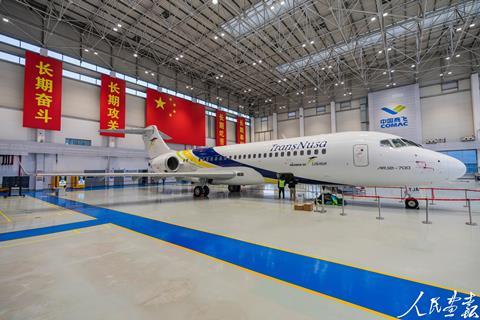 The new ARJ21 in the hangar 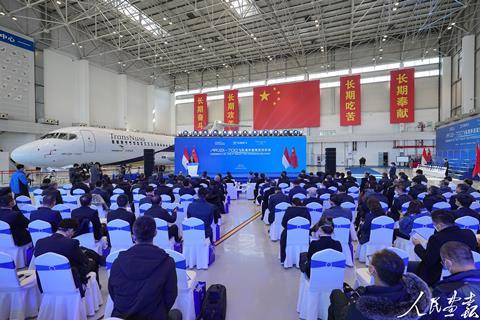 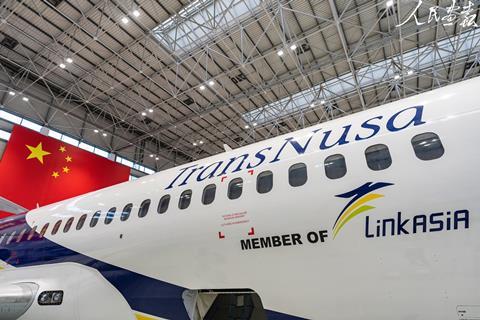 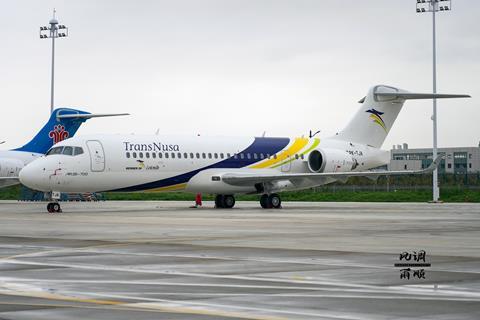 Comac adds that the jet’s delivery comes under the auspices of China’s Belt and Road Initiative, which seeks to expand Chinese investment and infrastructure internationally.

It is not clear, however, when the aircraft will enter service for TransNusa. The jet already bears an Indonesian registration: PK-TJA (MSN186).

Images on Chinese social media show that the delivery took place at a Comac hangar in Shanghai on 18 December.

Images of the aircraft in TransNusa livery started emerging on Chinese social media during 2022.

TransNusa, however, has yet to comment on the delivery and its plans for the type.

The delivery stems from China Aircraft Leasing’s (CALC’s) placing of an order for 30 ARJ21s with TransNusa in January 2021.

According to a CALC stock exchange filing announcing the order and placement, the jets are to be delivered “in stages” up to 2026.

Cirium fleets data shows that in addition to the 30 ARJ21s on order, TransNusa operates a pair of Airbus A320s and a single A320neo.

FlightGlobal has reached out to Comac and TransNusa for comment.