Comair on the brink after failing to secure fresh funding

Grounded South African operator Comair is set to be liquidated as the carrier’s administrators have concluded there is “no reasonable prospect” it can be rescued after failing to secure the necessary additional funding.

Comair, which operates regional franchise flights for British Airways and services under the low-cost Kulula brand, was forced to ground flights at the end of May amid a fresh funding crisis. 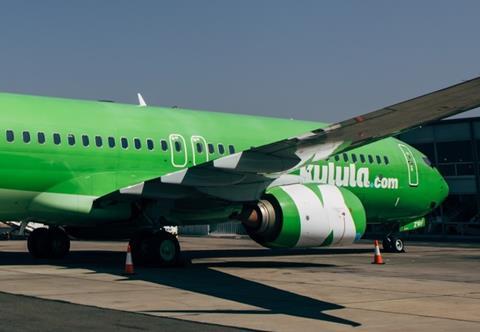 Comair has operated the Kulula budget brand since 2001

The airline entered a formal business rescue process in May 2020 and flights remained grounded even after South Africa began easing Covid-related travel restrictions; an investment consortium agreed a rescue deal to acquire 99% of the airline enabling it to resume flights in December of that year.

However, at the end of April the business rescue practitioners sought a plan from the Comair Rescue Consortium to raise the balance of funding required by the end of May.

When that deadline passed without the funding materialising, Comair suspended flights while executives continued to work on securing fresh capital, with chief executive and consortium member Glenn Orsmond insisting the airline was an “inherently a viable business”.

But in an update issued today, Comair’s business rescue practitioners say: ”Regrettably, the requisite funding could not be raised in order for the company to continue with its operations.

”Accordingly, the company’s joint business rescue practitioners give notice herewith that they no longer believe that there is a reasonable prospect that the company can be rescued.”

Comair has been a BA franchise partner for 25 years and launched its own budget operations under the Kulula brand in 2001.

BA says: ”We’re contacting customers due to fly with Comair to offer them rebook and refund options, including flights on other carriers where possible. British Airways services between London and South Africa continue to operate as normal and we’ll continue to provide support and assistance to our franchise partner and their colleagues at this difficult time.”

Cirium fleets data shows Comair had seven Boeing 737-800s and a pair of 737-400s in service. The airline also has five stored aircraft and five 737 Max 8s on order.