The announcement marks another Airbus order win from the carrier, which is already set to receive its first A330neos from late 2022 as it replaces its previous-generation A330s and Boeing 767s.

The commitment announced on 25 July comprises 13 A320neos and 28 A321neos, plus purchase options. The aircraft will arrive from “spring 2024” – once the long-haul fleet replacement has been completed – allowing Condor to phase out its A320s, A321s and 757s. 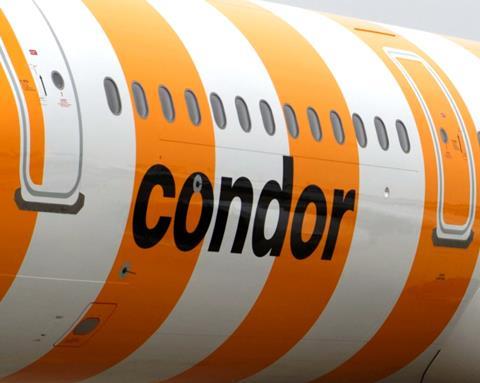 Condor expects to begin taking the narrowbodies from 2024

“With our new A320neo and A321neo aircraft, we are consistently developing our fleet and ourselves as a company, and we are also taking care of our own claim of enabling responsible and comfortable travel with significantly reduced CO2 emissions, significantly less jet kerosene consumption and less noise,” says Condor chief executive Ralf Teckentrup.

The aircraft will be powered by Pratt & Whitney PW1100G engines and will be taken via a mixture of direct purchases and leases.

Aside from the newly announced commitments, it has seven A330-900s on order from Airbus and plans to take a further nine from lessors.