Australia’s Regional Express has revised its full-year earnings forecast — from breaking even to a pre-tax loss — as a resurgence in coronavirus cases has forced a significant number of flight cancellations.

In its latest guidance, issued on 9 June, the carrier now expects a pre-tax statutory loss of A$15 million ($11.6 million) for the year ended 30 June. 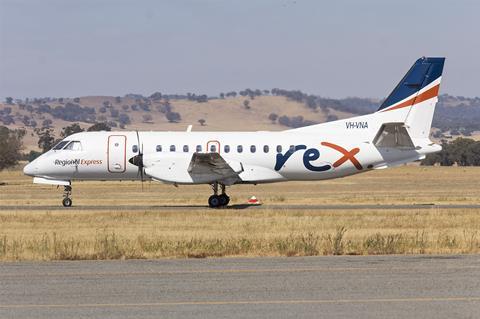 As recent as 10 May, Rex was optimistic of its earnings prospects, disclosing that it was hopeful of a breakeven scenario for the full year.

Rex stated in a business update then that its cash position has “improved exponentially”, with its unencumbered cash reserves increasing tenfold compared to March 2020, as a result of strong forward bookings.

Since then, a spike in coronavirus cases in late May in Melbourne and the state of Victoria prompted the state, Australia’s second most populous, into a snap lockdown for a week.

While restrictions have been eased across the state, Melbourne will only see the lockdown lifted after 10 June.

Rex postponed the launch of mainline service between Melbourne and Canberra — to operated with its Boeing 737-800s — by a week following the lockdown. It also operates jet services from Melbourne to other major Australia cities, including Sydney, Gold Coast, as well as Adelaide.