Garuda Indonesia’s shareholders have overwhelmingly approved the sale of convertible bonds — worth up to Rp8.5 trillion ($602 million) — giving the struggling carrier a much-needed financial lifeline to tide through the coronavirus crisis.

At an extraordinary general meeting on 20 November, the move garnered 99.94% approval from shareholders, paving the way for the Indonesian government to purchase the bonds through investment arm Sarana Multi Infrastruktur. 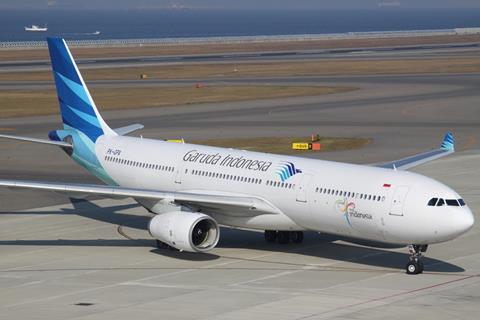 The Indonesian government currently owns 60.5% of the carrier. With the additional funding, it will see its shareholding increase to 84.8%.

In comments made after the meeting, Garuda’s president director Irfan Setiaputra says the carrier is “optimistic” the move will strengthen liquidity and improve its financial situation.

“Thus, Garuda Indonesia can continue to maximise its strategic role as a national flag carrier,” he adds.

In outlining details of the proposed bond sale in October, Garuda says proceeds from the transaction will be used to support the liquidity and solvency of the carrier, as well as to finance its operations.

Garuda posted an operating loss of $1.05 billion for the nine months ended 30 September, reversing the $253 million profit it made during the same period last year.