Global air cargo markets are already feeling the effects of the Russia-Ukraine conflict, according to IATA, although it is too soon to assess the depth of the impact.

The airline association made that assessment as it released its latest cargo demand data, which showed global growth of 2.7% in January this year – a “soft patch” that represents the lowest rise in cargo tonne kilometres (CTKs) since December 2020. IATA cites factors including the impact of the Omicron variant of Covid-19 on passenger and cargo-only networks in January, which notably reduced bellyhold cargo capacity as services were cancelled, plus weaker economic drivers.

IATA also suggests that pre-Ukraine conflict, the air cargo market was likely shifting “towards a more normal growth rate of 4.9% expected for this year”, following much higher increases throughout 2021.

War in eastern Europe has introduced several uncertainties into that market and was already having a negative impact from late February, the airline body states.

Consequences seen so far will ”further reduce available capacity and increase already elevated air cargo rates”, IATA says, adding that it is too soon to predict the extent of those developments. 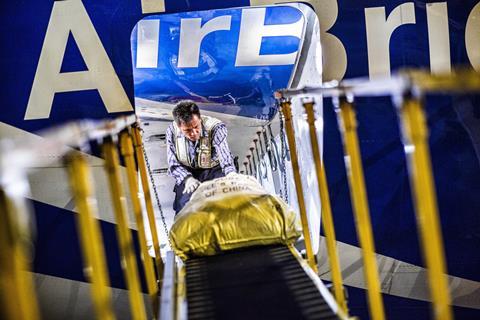 But rising fuel costs in particular mean more flights are likely to become “unprofitable for airlines and air cargo more expensive for businesses”.

At the same time, airspace restrictions mean cargo services to and from Russia are significantly reduced, although the country’s market accounted for only 0.6% of global air freight carried in 2021, IATA notes.

Nevertheless, “several key operators” in the sector are based in Russia and Ukraine, it states.

Flows between Europe and Asia are also being affected by Russian airspace restrictions, IATA continues, although alternative routings may be possible.

“The Europe-Asia market… weighed 20.6% of all international CTKs in the past 12 months,” it says. “Part of the traffic flying over Russia is likely to be made up on other routes, notably via the Middle East.”

In broad terms, IATA director general Willie Walsh highlights “sanction-related shifts in manufacturing and economic activity” and “geopolitical uncertainty” as being of concern, while acknowledging that it is too soon to assess how significant those developments might be.

Air cargo has been a financial lifeline for many airlines during the Covid-19 pandemic, with demand consistently measuring above pre-crisis levels across 2021, in stark contrast to the performance of most passenger markets.