He predicts that “wellness certification” protocols will be adopted globally, in the same way that rules on passenger-baggage reconciliation, enhanced carry-on luggage checks and liquid bans came into force after Lockerbie, 9/11 and the 2006 soft drinks bomb plot. 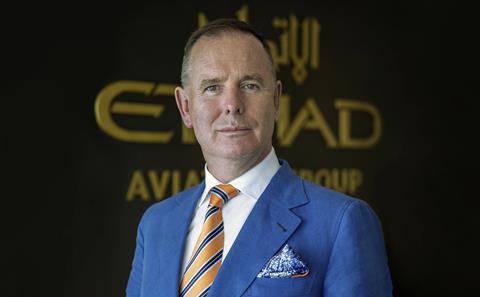 Douglas says that deep cleaning cabins to “operating theatre sanitary levels”, offering on-board “wellness kits”, and requiring travelers to have a Covid-19 test before they fly has been part of Etihad’s strategy to convince customers to return after the entire fleet was grounded on 23 March, and a second quarter in which the Abu Dhabi-based airline carried only 33,000 passengers, less than a tenth of the number for the first three months.

Speaking at today’s Global Aerospace Summit, hosted virtually from Abu Dhabi, Douglas also said the industry could not afford to neglect its responsibilities to the environment at the expense of dealing with the crisis. “Covid will end, but the sustainability agenda won’t,” he says.

In July, Etihad began operating a 787-10 equipped with sensors to monitor aircraft noise in flight as part of Boeing’s ecoDemonstrator programme. Etihad has also flown the aircraft with an “over 50%” mix of sustainable aviation fuel. 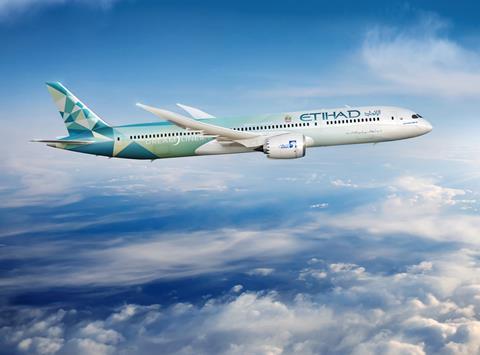 Douglas believes technological investment and other types of creative leadership will be necessary for the industry to survive the pandemic. “We will have to innovate ourselves out of this,” he says.

He quips that one upside of the crisis for young aviation executives is that “you are getting the sort of experience that you will never learn at business school – the book on how you deal with this hasn’t been written yet”.