This adds to five ERJ-145s already operated by the carrier. 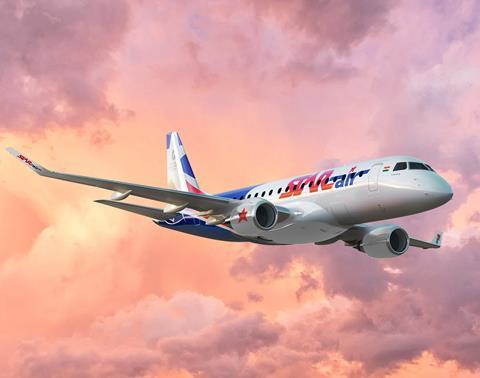 Carrier will take two E175s on lease from NAC

Star Air had first announced the deal, covered by a letter of intent, at July’s Farnborough air show. It indicated that it planned to start operations with the E175s in November this year.

Speaking at Farnborough, Star Air director Shrenik Ghodawat said : ”The E175 aircraft will not only add flexibility and efficiency to our network but will also strengthen our customer relations as we provide them with an unparalleled flying experience.”

Star Air operates to over 18 domestic destinations in India with a focus on regional airports, and provides both scheduled and chartered services.