India’s biggest airline by fleet size IndiGo has said that some of its internal documents may have been compromised by hackers.

In a 31 December filing to the BSE, the carrier said that “some” of its servers were hacked in December. 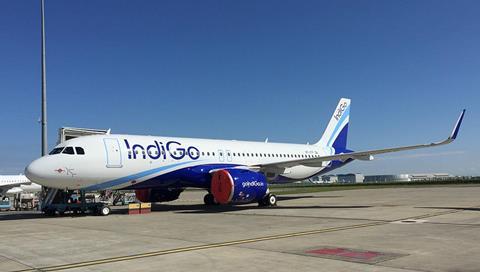 While it was able to restore its systems “in a very short span of time with minimal impact”, it says that “some segments of data servers” were breached.

“So, there is a possibility that some internal documents may get uploaded by the hackers on public websites and platforms. We realise the seriousness of the issue, and are continuing to engage with all relevant experts and law enforcement to ensure that the incident is investigated in detail.”

IndiGo did not provide details of the kind of data that was compromised. Cirium has contacted the airline for comment.

Cirium fleets data indicate IndiGo has an in-service and stored fleet of 286 aircraft.