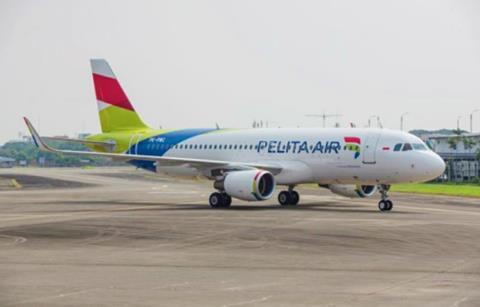 One of Pelita Air’s A320s arrives in Jakarta

The aircraft also a bears a new company livery.

Pelita’s acting president director Muhammad Fauzani says that the carrier will certify the jets prior to launching scheduled operations, and that their arrival marks a “historic moment” for the airline, which primarily focuses on charter operations.

Pelita also has a new president director, with former AirAsia Indonesia chief Dendy Kurniawan to step into the role.